Although video marketing is the most successful form of marketing by a long way, it can sometimes miss the mark if planned out or executed poorly, especially if it covers potentially controversial topics. Most adverts receive a small number of complaints and this is usually ignored and expected – but when an advert receives such an abundance of complaints that it goes negatively viral, then something has really gone wrong.

Whether it’s blatantly sexist marketing or has unintentionally racist undertones, big brand video marketing has the power to destroy the reputation of a company if done wrong. Video is extremely powerful and although it can help create a portal to the realms of success, it can also go the other way, closing that portal for good and instead dropping you into a vat of hot water. It’s all about in-depth planning and perfect execution, making sure that you don’t have a potentially prejudiced message.

Here’s our pick of the top 5 most controversial video marketing campaigns.

Dr Pepper really missed the mark with their marketing campaign titled “It’s Not For Women” for their Dr Pepper 10 drink in 2010. It wasn’t the most subtle campaign title as it came across as blatantly sexist. Limiting their consumers to one gender was a strange move and was one that was never going to gain success or favour from consumers. The sexist stereotypes used throughout this advert even resulted in a few disgruntled viewers setting up petitions against the campaign. The extra attention that the brand received was not positive and ultimately the advert was pulled from TV and YouTube.

This is still seen as one of the biggest marketing mistakes in the food and drink industry. It was going to take more than the incentive of lower calories to fix this mistake. When you’re creating a product as universal as a beverage, don’t limit your audience by directing it to only one group of people, use marketing that is welcoming to everyone.

Similarly to Dr Pepper’s marketing mistake, Gillette more recently came under fire due to viewers finding their marketing campaign titled ‘We Believe: The Best Men Can Be” sexist. The advert takes aim at the harmful behaviours that have been characterised as masculine. This includes bullying, sexual harassment, and mansplaining. Although Gillette’s aim was to encourage men to be positive role models to the next generation and therefore to ‘act the right way’, this campaign sparked a larger debate than Gillette was expecting.

Some accused the advert of portraying toxic masculinity, stating that the campaign grouped all men into the same category. Others argued back, explaining that the men who were offended by the advert were the problem and that Gilette’s main goal was to inspire men to become the best they can be. The advert on YouTube has been downvoted 300,000 times since its release in comparison to its 65,000 upvotes. Either way, Gillette’s sales did increase thanks to this campaign, the viral nature of this debate helping to increase the brand’s awareness.

This marketing campaign was created to emphasise the seriousness of pancreatic cancer. This message is undeniably important, but its portrayal sparked outrage from viewers including those suffering from cancer themselves. The marketing campaign titled ‘I Wish I Had…’ features people suffering from pancreatic cancer explaining that they would prefer to have other forms of cancer such as breast or testicular cancer instead.

This strange outlook on the different forms of cancer resulted in viewers feeling that cancer was being portrayed as a competition. The campaign seemed to trivialise this illness by making one type out to be better than the other. The negative reactions from the campaign still didn’t result in the advert being pulled.

When making a marketing campaign about something as serious and important as cancer, maybe don’t start downplaying some forms of the illness to make other forms seem more important. All cancer forms are heartbreaking.

Here’s an example of how poor planning for possible audience misinterpretation can result in your marketing campaign being pulled from both TV and the internet. Heineken aimed to promote their Heineken Light beer by creating an advert that portrayed a woman seeming dissatisfied with a glass of wine. The bartender notices this and slides a Heineken Light beer across the bar so she can enjoy a lower-calorie beverage that is lighter on the stomach.

It sounds harmless enough until you watch the advert. The beer is shown sliding past three black people until it reaches the light-skinned woman, at which the tag line ‘Lighter is Better’ appears on the screen. Even if this was unintentional, it was seen to carry potentially perceived racial undertones – something that seemed to not be picked up by the marketing team at Heineken when creating this advert.

Twitter blew up in outrage over this advert and the advert was pulled and completely dropped. At every stage of planning and casting for a marketing campaign, staying vigilant and meticulous in every detail to ensure that no potentially discriminatory issues could be flagged up is of crucial importance. This mistake could have been easily avoided.

Promoting clean emissions technology in your cars could be done in so many different ways. However, the marketing choice that Hyundai decided on couldn’t have been worse. Their advert titled ‘Pipe Job’ depicted a man’s suicide attempt by inhaling gas from the new Hyundai car in his garage. This ultimately fails due to the car’s clean emissions as we watch the unhappy man walk back into his house.

Using a topic as sensitive and serious as suicide to market a car is a very risky move and in Hyundai’s case, this risk didn’t pay off. This campaign received a large number of complaints from people who felt disturbed by the advert, including those who had lost relatives to the same manner of suicide presented in the video. As a result, this advert eventually was pulled from YouTube and Hyundai posted an apology on Twitter.

When creating video marketing campaigns, entering the realms of controversy can sometimes bring more traffic to your videos. However, if you push the boundaries too far, that extra traffic can turn into unwanted negative attention that can damage your brand. Don’t use sensitive subject matter to promote your products.

Now you know not to make the same mistakes when creating video marketing campaigns. Video is a powerful asset, but if it’s used with controversial topics and executed poorly, that extra attention is going to affect your brand image. Plan thoroughly and take into account every possible negative perception that your video could create.

Check out some of our other informative blog posts to find out how you can win with video. 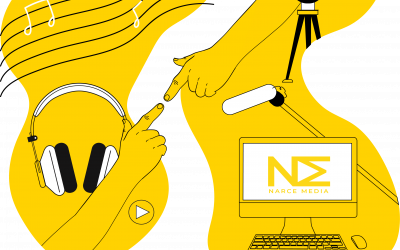 Be part of the thousands signed up to hear more about the importance of video!

We use cookies to ensure that we give you the best experience on our website. If you continue to use this site we will assume that you are happy with it.Got It!Privacy policy